The main objective was to research, design, and develop a 3D interactive platform for web-based presentation of the product Pediarix. My goal was to interpret the client's vision and help translate it into a Virtual World.


 Due to the sheer size of the project and a fast-approaching deadline, it was of the utmost importance to plan out all of the design stages in order to stay on track to meet the product release date. 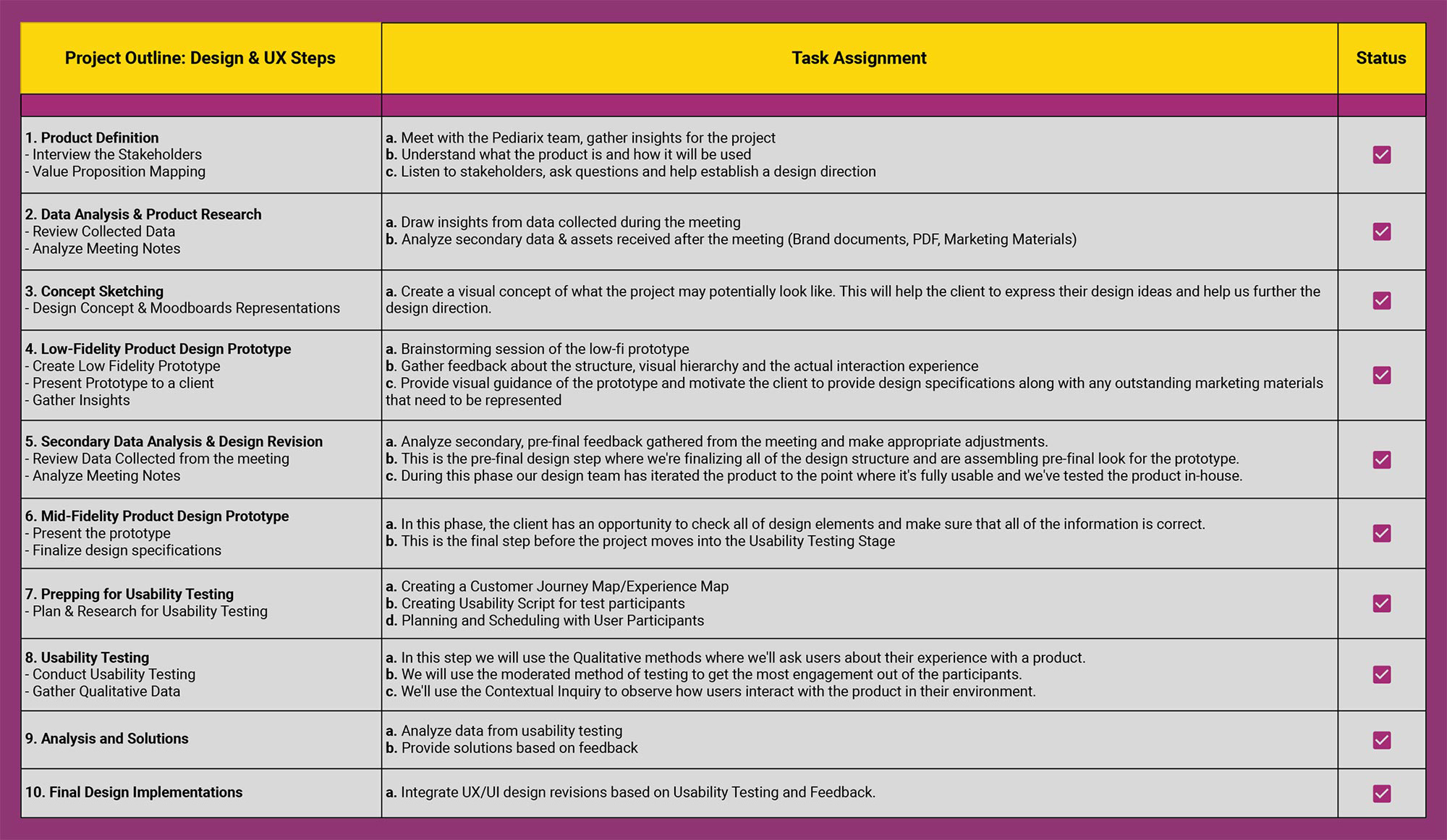  After getting the initial approval of the Moodboard designs that I've provided earlier to the client, I had to start sorting through dozens of documents and visual material to outline the information that will be presented in the 3D Interactive Platform. By analyzing all of the data and assets from our meetings & preliminary user research, I was able to establish a design direction and provide our client with the low-fidelity Interactive 3D Prototype. As a result, we helped the client to visualize and interact with the product that would be continuously refined on a phase-by-phase basis with the use of UX Research and Design Techniques. 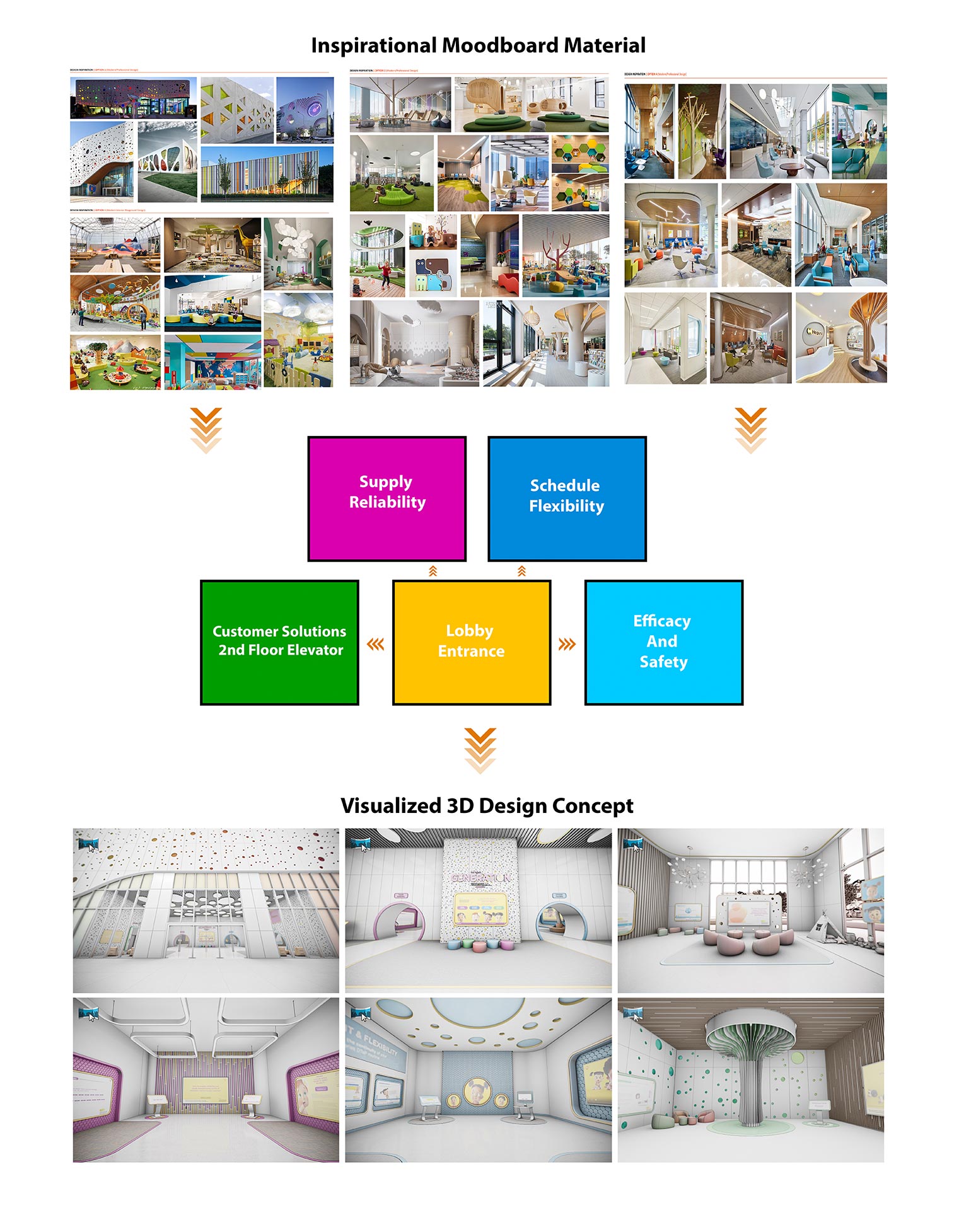 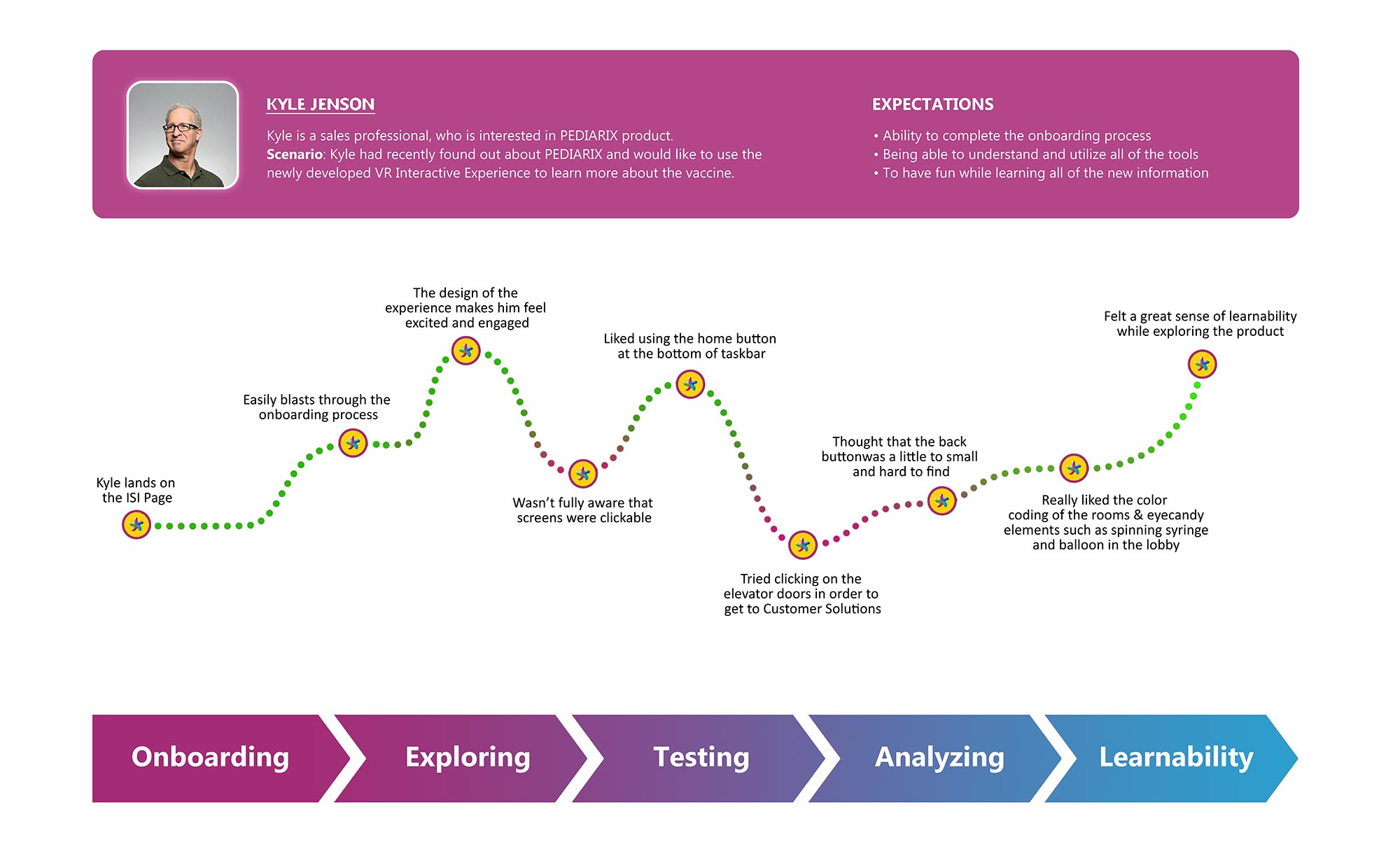  The best research insights come from the actual users, as they experience the product. The inability to complete the onboarding experience or not knowing how to interact with the product would have resulted in complete failure and diminished the sole purpose of the 3D interactive platform. Fortunately, because of user product testing, I was able to catch all of the pain points and eliminate them before proceeding further into product development. 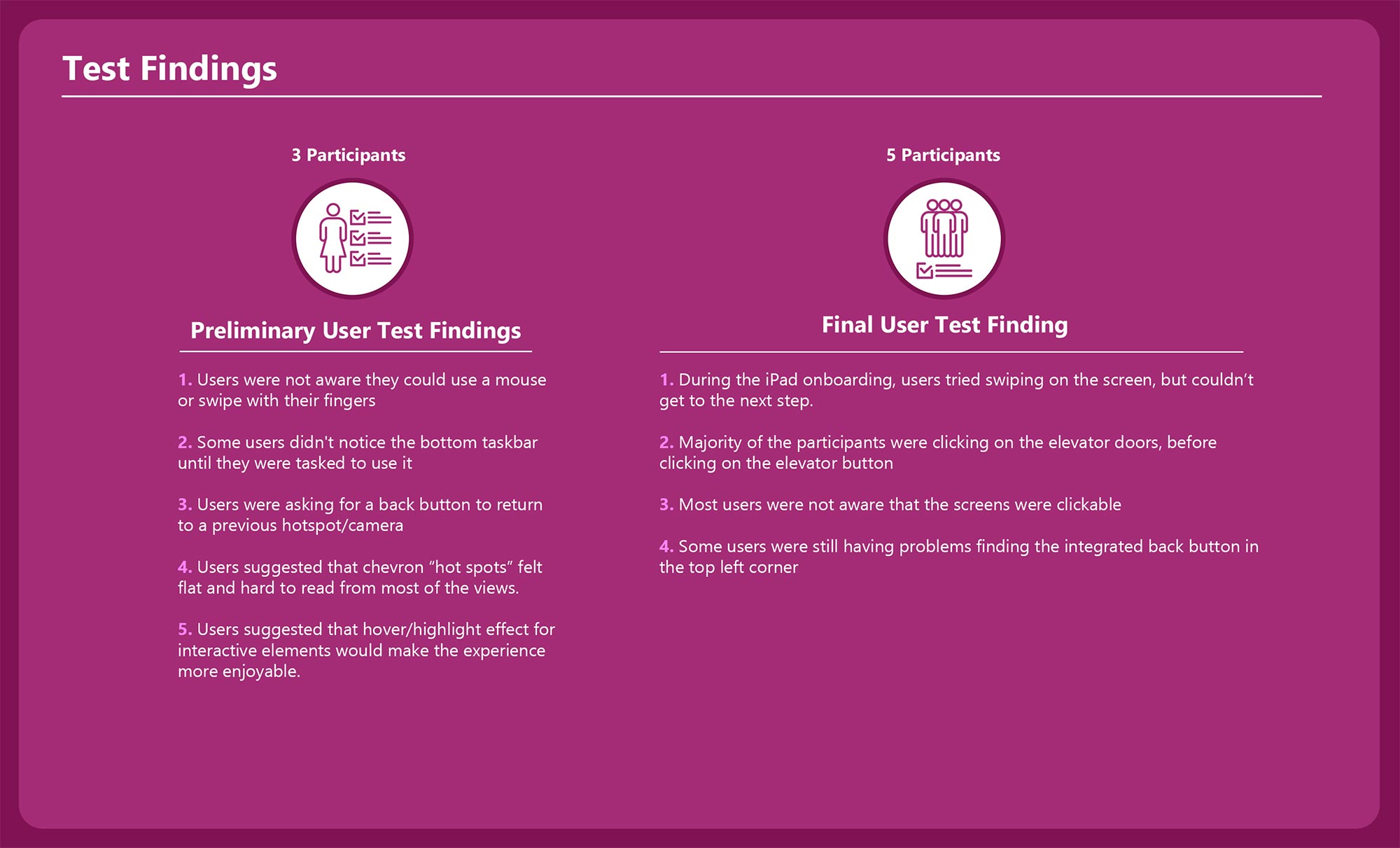  To validate my research, I've used a qualitative data approach to gather insights from the usability testing of participants and the observation of their interaction with the prototype.

After sorting through data collected from usability testing, I've identified many important data points that were represented by severity levels to classify which changes had the highest priority. 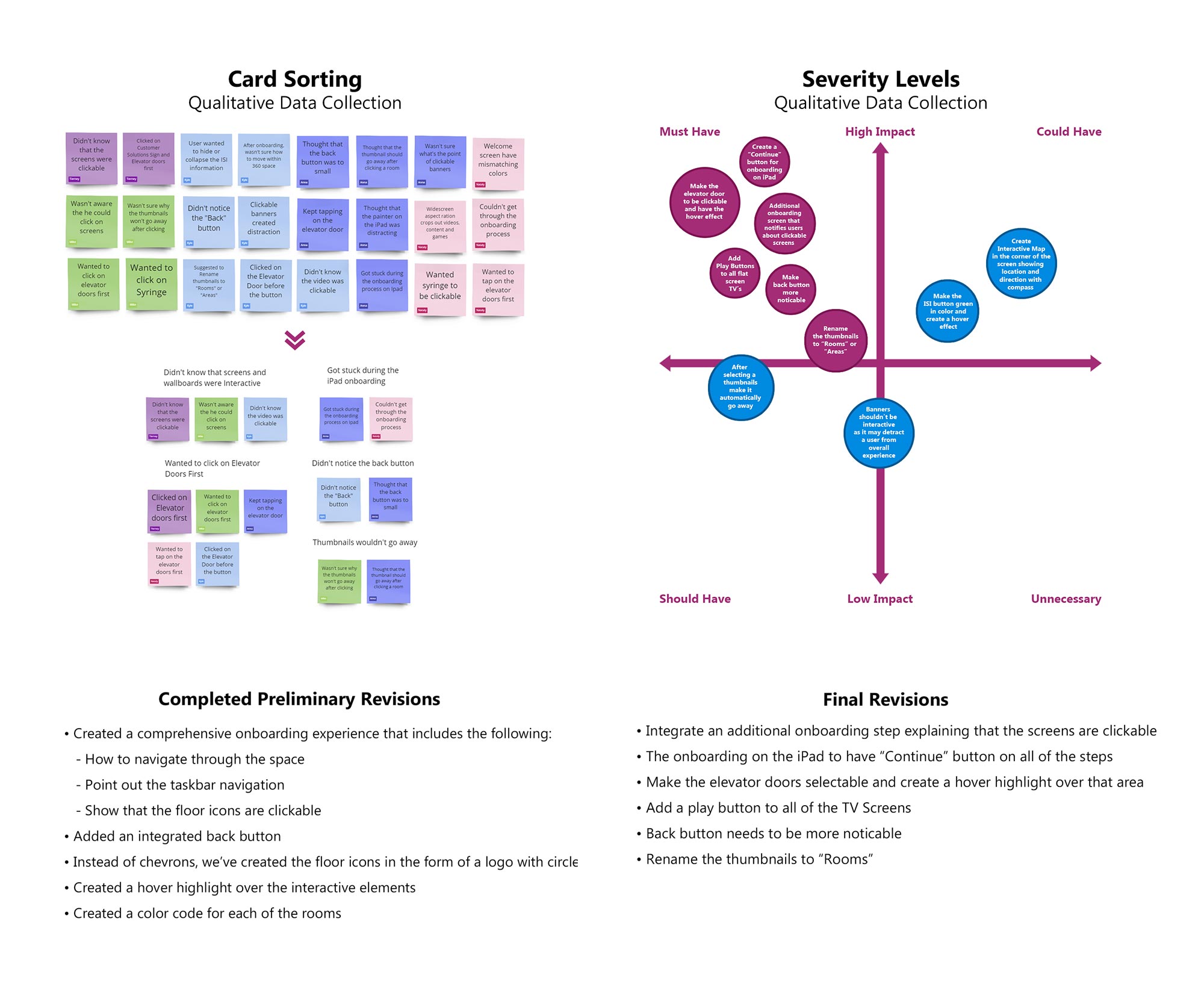 While working on updating and improving the prototype, there were many software and technical limitations that created certain setbacks. At the end, I was able to eliminate most of the obstacles, successfully re-test the prototype and incorporate all of the changes before delivering the final prototype. Please click on the animated screen to visit the interactive prototype.

Please click on the animated screen to visit the interactive prototype

❖ Create an interactive map in the corner of the screen showing your current location and a compass/person pointing in the direction that the user is facing (similar to google street view) PULSATING ELEMENTS:

❖ Add a constant, slightly pulsating effect for floor icons to remind the users that the icons are interactive.
❖ Create a pulsating outer glow around clickable elements within the scene to differentiate between static and interactive objects. UPDATE LOBBY NAVIGATION SCREEN:

❖ The layout and design of buttons need to be improved
❖ Buttons needs to have an outer pulsating glow and a hover over state AUTOPLAY ON ALL VIDEO SCREENS:

Have any questions? Please feel free to reach out!